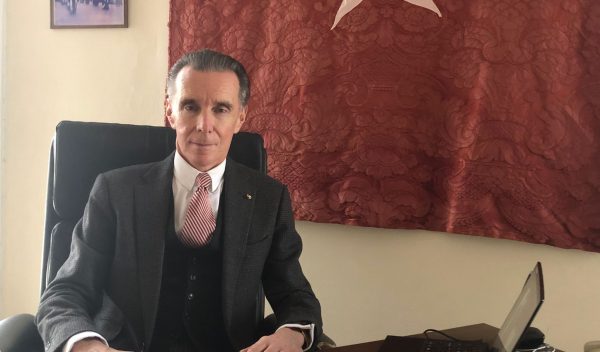 Ambassador Jean-Marie Musy was born in Switzerland and graduated from the University of Fribourg.

He began a career in the financial world, working for various banks in different countries, before founding his own company in Switzerland.

Through family tradition he started getting involved at a very early age with the Order of Malta, working with the Swiss ambulance corp (SHOMS), pilgrimages to Lourdes, etc.

After selling his company, he has dedicated his time entirely to the Order, accepting in 1991 the post of Ambassador to Chad where he was able to develop sanitary projects taking care of up to 100,000 people yearly.

In 2003 he was appointed Ambassador to the Kingdom of Spain where he has been able to obtain the first Official Visit of a Grand Master of the Order to the H.M. the King of Spain.

He was head of the Order of Malta delegation at the conference of the reconstruction of Iraq in 2004 and to the Euro Mediterranean Conference in 2005.